You want to know more about best practices for grape harvesting in the context of COVID-19? Join our webinar: worldwide experts discussing ideas and sharing their experience with you.

In the current situation, it is the role and privilege of the International Organisation of Vine and Wine (OIV) to help inform and support the wine sector. The OIV relies on an international panel of experts from 47 countries and works on sharing and disseminating good practices throughout the world.

Moderated by Antonio Graça, Secretary of the Sustainable Development and Climate Change experts group of the OIV (Portugal), this webinar will bring together five speakers from Argentina, Australia, Chile, New Zealand and South Africa to discuss the challenges of managing the COVID 19 crisis at grape harvest time in the Southern Hemisphere.

Vice president of the Economy & Law OIV commission Tony Battaglene as had a distinguished career working in the research, policy and agri-political space. He has worked as a scientist and economist before moving into a policy role with the Australian government.

He is a Vice-President of FIVS (International Federation of Wines and Spirits), represents New Zealand industry at meetings of the International Organisation of Vine and Wine, and is a Director of The Tomorrow Project, a social change charity working to make responsible drinking the norm in New Zealand.

President of the Expert group on Economic analysis, markets and consumption under the Economy Commission at the OIV, Yvette van der Merwe is the Chief Executive Officer of South African Wine Industry and Systems (SAWIS). She deals with certification of wine in terms of the Wine of Origin Scheme of the Liquor Products Act and the management of statistical information in terms of the Marketing of Agricultural Products Act.

Aurelio Montes is a graduate Agricultural Engineer from the Catholic University of Chile and a renowned Chilean oenologist. He is a pioneer in hillside plantations in Chile and contributed to the recognition of Chilean wines abroad. Aurelio's own winery, Montes Wines, pays specific attention to the development of a sustainable culture at all stages of the production process. He also worked on wine-growing regions that were originally not planted with vines and explored new areas to cultivate vines.

From 2008 to 2014, he worked as Assistant General Manager of the Corporación Vitivinícola Argentina (COVIAR), in charge of the Administration and Financial Management. During this period, he was involved in issues related to the wine industry, addressing aspects of corporate strategy development, sectoral studies, monitoring of the strategic plan (development of goals, indicators, etc.), project evaluation and development of information on the vitivinicultural sector.

He was in charge of the formulation and implementation of the Argentine Wine Observatory project and is currently its Director.

António Graça is the Head of Research and Development at Sogrape Vinhos SA. He holds a MSc. degree in Oenology. In 2009, he cofounded PORVID - Portuguese Association for Grapevine Diversity, being in its Board of Directors since. He acts as Secretary with the Sustainable Development and Climate Change expert group of the OIV. He assisted in the creation of the first European research agenda for the wine industry by the CEEV - Comité des Entreprises Européennes de Vin, published as position paper in 2016. Antonio has published several scientific works, co-authored OIV expertise documents and is currently focusing on genetic resources conservation, climate change adaptation, resilience and precision management of production systems. 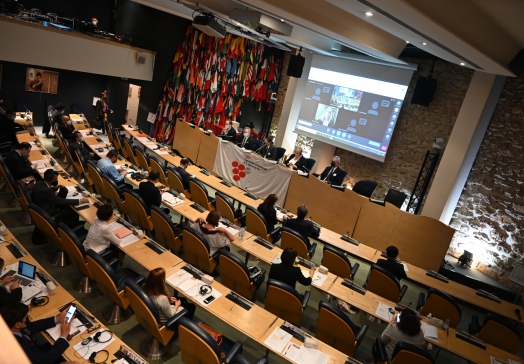 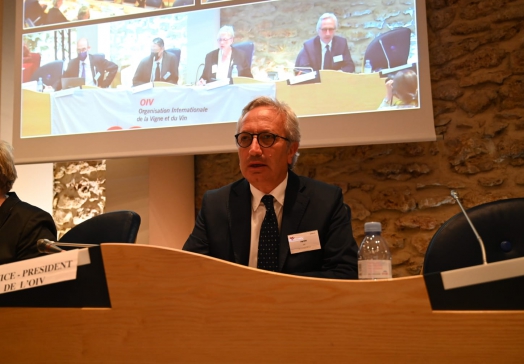