Wine competitions have found their way back despite the pandemic affecting us since 2020.

After the first lockdowns which obliged wine competitions to stop their activity, the evolution of the sanitary conditions, even if strict, allowed a slowly and adapted return of these events.

This is the case of International Awards Virtus, which took place from 12 to 14 June 2021 in Lisbon, Portugal, under the OIV patronage. The dates initially scheduled for this year’s edition had be to changed, but that didn’t discourage the organisers. “Our competition is at its third edition, we are growing and it was fundamental for us to do it. We considered that cancelling the event wouldn’t be favourable to our evolution”, explained Tomas de Soto Rioja, Virtus General Manager.

A decision that required a significant investment to guarantee the necessary sanitary conditions, such as the antigenic tests which the jurors had to do before entering the competition building where the event was held: the Fundação Cidade de Lisboa.

For Tomas, the most difficult aspect during a pandemic is the unpredictability: “something that is allowed one day, the following day may be legally forbidden, we never know what to count with”, referred.

Earlier in October 2020, in South America, the OIV Brazilian expert Fernanda Spinelli participated in the Brazil Wine Challenge, in Bento Gonçalves (Brazil). Despite the pandemic, the competition also under the OIV patronage, organised by the “Associação Brasileira de Enologia, “had more participation then it was expected, with a greater number of samples compared to its last edition”, referred Fernanda. When it comes to the sanitary protocol, the OIV expert explained that “the distance between the juror tables was respected and the use of masks was mandatory whenever the participants weren’t tasting, with the constant use of hydroalcoholic gel”. Even the meals “were thought out and scheduled to keep the tasters separate”. Fernanda explained that “this was the way found to maintain the event and avoid its cancellation”. From a personal perspective, Fernanda considered the competition a “very interesting and enriching experience”, and for her satisfaction “with a large feminine participation”.

Exceptional measures for an exceptional situation

The OIV grants patronage to international or national competitions of wine and spirits of vitivinicultural origin, which required it and provided that their organisation and internal rules procedures are in accordance with the international standards of the Organisation. (learn more about the OIV patronage here).

Aware of the current exceptional situation, the Organisation introduced derogatory measures concerning the geographical dispersion of jurors in international competitions.

The OIV supports the activity of the wine sector by inviting wine competitions to rely on national tasters during this transitional period. “It was extremely important. We wouldn’t be able to maintain the competition if it wasn’t for that.”, affirmed the International Awards Virtus competition General Manager.

The International Awards Virtus is a “familiar spirit” wine competition, held since its beginning in Lisbon. In 2021, an international jury of 27 people evaluated 376 samples in competition, from 9 countries.

This measure was also observed in the Brazil Wine Challenge, with 49 national tasters against 8 international judges. A competition in which 774 samples from 16 countries were tasted.

So far, in 2021, 28 wine competitions have been granted with the OIV patronage.
OIV Agenda 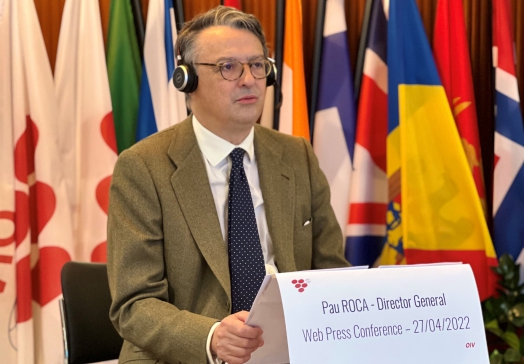 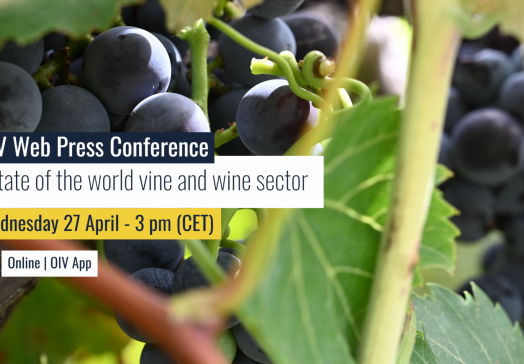