Hosted by Mr Oleg Ungureanu, Chargé d'Affaires a.i. of the Romanian Embassy, the Awards Presentation Ceremony took place in the suites of the Hôtel de Béhague.

From 55 competing works and 17 countries represented, the OIV Award Jury, which met on 8 July in Mainz in Germany, under the Presidency of Ms Claudia Quini, gave out 9 Awards and 10 Special Mentions from the OIV.

The 2015 Ceremony received the highest number of applications on record since the OIV Awards were created, confirming the renown and prestige of this international recognition.

The rigorous work of many specialised readers who evaluated all of these works gave the International Jury the necessary information to make their decisions, faced with the significant number of works submitted.

The authors and publishers were wholeheartedly thanked for their cultural, technical and scientific – or even hedonistic – contributions, each and every one of whose diverse approaches seeks to share a common passion for the vine and wine world.

« The Physician, the Drinker, and the Drunk - Wine’s Uses and Abuses in Late Medieval Natural Philosophy »

Category: Discovery and presentation of wines

Category: Discovery and Presentation of Wines 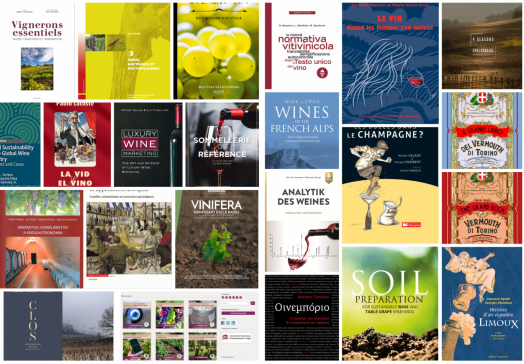